SCUBA diving is a complex endeavor. The human body was not designed to thrive under water for extended periods of time. Nitrogen presents one of the biggest risks – the pressures at depth drive nitrogen into the body (this is bad). To avoid decompression sickness (“the bends”), divers must ascend slowly – allowing time for the nitrogen to outgas from the body. There is also a necessary surface interval between dives – this is to make sure the body has time to release the extra nitrogen pushed into the cells while underwater.

For the past six months, i’ve been gone more than home – swimming in a virtual ocean of experiences. By design, i am home for five glorious weeks! A surface interval to give myself time to reflect on all that’s happened, all that’s planned, and to take care of doctors appointments, contractor visits, and general life maintenance!

February – Three weeks in Thailand! A SCUBA trip, spending one week living aboard a Junk diving in the Andaman Sea. We spent the second week on the island of Koh Lanta, and followed that with a week on our own in Chiang Mai. i love my Dive Tribe – people of all shapes, sizes, politics, and backgrounds chasing “experiences over things.” Saw my first Peacock Mantis Shrimp! Visited an Elephant Sanctuary. Learned to say “Two more beers, please” in yet another language. 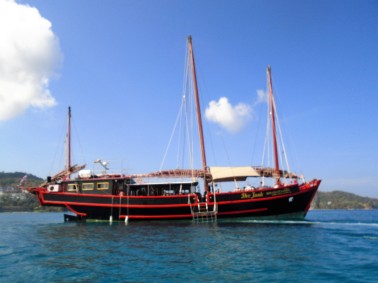 March – Long weekend in South Dakota visiting my son and his family. Had to schedule around two blizzards, but we made it. Making the offer “we can watch the kids for a night if you guys want to go to a hotel…” and not being able to finish the sentence before they were packing overnight bags! They work hard (both working full time, going to school part time, taking care of two small children), and appreciated a night off. We enjoyed a night of chasing littles… 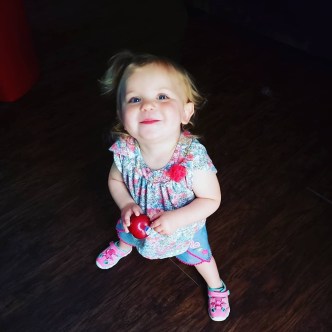 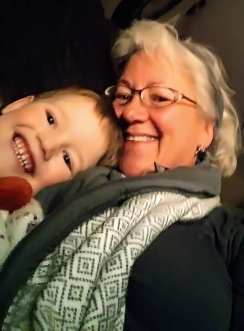 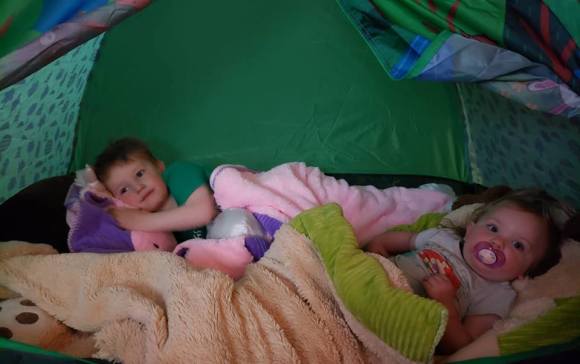 April – The Girl returned to work after her extended maternity leave. Studley and i spent the month living in Turkey, doing Gamma/Opie day care! Babies! They are A LOT of work! This one is exceptionally charming, but we were worn out in the evenings. Threw in a weekend out in the country (by train) to get our adventure fix, but it was mostly bottles, diapers, giggles, and naps! 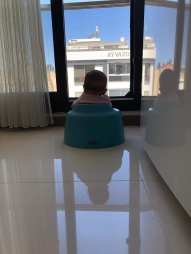 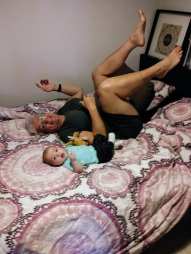 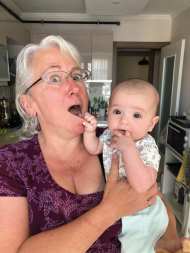 May – Stopped in London for a weekend on our way home from Turkey, then turned around and headed to Alaska. Studley’s daughter, Pixie, earned a part in a local theatrical production. We decided to surprise her on opening night – and we did! Didn’t really think through the logistics of hiding in a fairly small Alaskan town for a day, but she had no idea we were there until she came out after the show was over – delivering a classic spit take when she saw her father standing in the lobby! 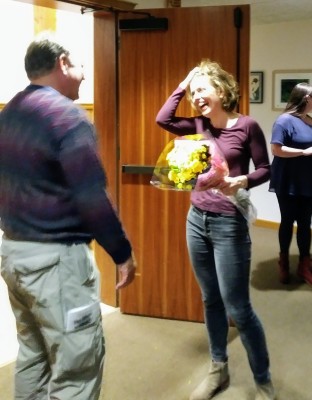 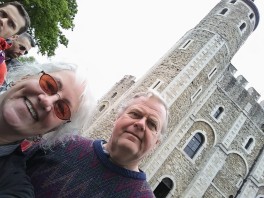 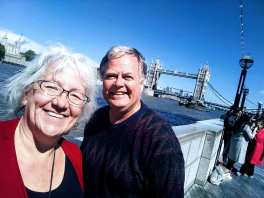 June – Just home after spending three weeks camping our way across the Maritime Provinces of Canada. We’ve had our little camper for almost two years, and it was time to put some miles on her! Five thousand miles, to be more specific. We saw bears, moose, whales, porcupines, and all manner of northern critters. Eaten by gigantic mosquitoes. Hiked some of the most gorgeous terrain i’ve ever seen. Made very few concrete plans, or campsite reservations, choosing instead to wing it most of the way. Added in a couple of visits with old friends and family members. We didn’t smell very good at the end of it all, but had a blast! 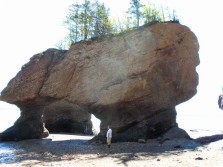 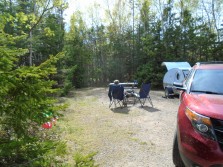 What’s next? i’m content to focus on getting my patio deck stained, complete some home renovation projects, and scratch my bits in my own space for a few weeks. The road has many lessons – and i’ve learned that one of my favorite places to go is home!

The Surface Interval. It is quite necessary…