Seven years ago, The Boy and i hopped a plane for Istanbul to spend Christmas with The Girl. She’d accepted a job in Izmir the previous summer, and at the age of 25, moved here in July, 2011.

We spent Christmas Eve in a hotel, building the most beautiful Christmas Tree from beer bottles collected from the executive lounge. This year, my own tree is once again nestled in a box in my garage, five thousand miles away. That is perhaps the only similarity between that holiday and today.

2011: She knew no one when she moved here. She had made a few friends, was sharing an apartment with another English teacher at her school, and had a 45 minute commute to work via public bus.

2018: Her collective of friends is glorious, many couples including Turks and ex-pats. They surround her with love and support. She met and married a good man, bought a home, and continues to thrive as an English teacher in a private school.

2011: She’d studied Arabic and Middle Eastern Studies at university. Not Turkish. Giving herself a crash course in the language during her first few months in country, she’d become conversant, and was able to take care of her personal business, connect with her students, and serve as an able tour guide.

2018: Fluent in the language, she can generally do rapid fire translation for me in real time. She has no trouble conversing with her in-laws, and has built friendships with vendors at the local shops. Unlike Europe, the vast majority of Turks speak no English, so she learned this by necessity.

2011: The Boy was 23, still attending university full time, and fighting The Demons that led me to believe he might not live to see 25. We were close, but i lived in constant fear of That Phone Call.

2018: He is married, with two children. After a stint in the Army, he’s made a home in the great plains, surrounded by extended family. A good government job, a fierce and gorgeous wife who has managed to tame the wild beast… When he and i were here seven years ago, this was an unimaginable future.

2011: i learned enough Turkish to order food and beer. To find a toilet. Navigate an airport or two. It wasn’t pretty, but i could generally pantomime my way through a transaction.

2018: After several visits, and over a year of online studies, i probably have the conversational skills of a small child – animals, colors, numbers, food. No problem with food/beverage, or shopping. i’ve even managed to have a few short conversations with my son-in-law’s family! They are probably more surprised than impressed, but are very supportive.

2011: The tree that year was beautiful. All that mattered was that we were together. The Boy and i were outside our comfort zone, traveling for a holiday in order to spend time with The Girl as she charted a new course for her life. 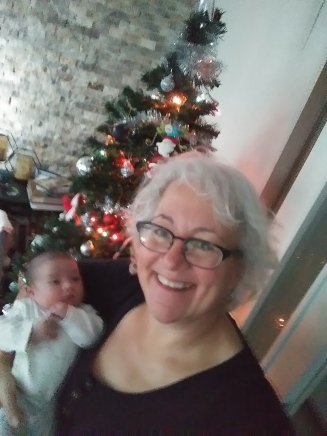 2018: The tree this year? Pretty gorgeous. Seven years ago, this was also an unimaginable future. A gentle reminder from the universe that we really don’t know where we’re going…

After a week of lounging, walking, watching movies and Netflix, there was a knock on the guest bedroom door at 3 a.m. “It’s time! We are going to the hospital!”

The Girl had packed a bag. i was in my night shirt, but quickly threw on clothes, tossed my phone charging cords/brick into a small bag along with my toothbrush, and met them at the door.

A week past her due date, with a known big baby trying to make an entrance, the labor didn’t progress enough before there were minor signs of fetal distress around 2:00 pm. We were all a bit astonished by the speed of the staff as they whisked The Girl off to an operating room.

Her husband and i waited – only about 15 minutes later, a nurse arrived with a tiny bundle of squawk! All the fingers, all the toes, and an expression that said “Screw this! It’s cold out here!” Weighing in at 4 kgs (9 lbs), she’s almost outgrown her newborn clothes!

It was just over a week ago (on the 14th), but it seems longer. When i delivered my two spawn via c-section, i was in the hospital for about four days. The Girl was released 28 hours after delivery – high quality health care here!

For the past week, Mom, Dad, and baby are all getting used to each other. That dazed feeling of “We made this?” and “It doesn’t seem real!” and “Holy shit! We are totally responsible for this tiny human and we have no idea what we’re doing!”.

When the last grandcritter arrived, i had a fairly well defined job. Entertain the 3 year old big brother, cook/clean and take care of household stuff. This time, i had more of a ‘front line’ involvement – The Girl couldn’t lift or bend, and needed some help getting around. Taking the 3 a.m. to morning shift with the baby, making sure the exhausted parents get some sleep.

A week into the adventure, The Girl and her husband are gaining confidence. i only lend a hand when asked – and am focused on cleaning, cooking, laundry – with the added challenge of having only a basic working knowledge of the local language – but i’m proficient enough to shop!

There are several stories to share about culture shock and adjustments, but right now i’m operating on about 4 hours sleep. It will have to wait…

As excited as i was to welcome the new member of the clan, i’m just as excited to watch The Girl and her husband become parents. Somewhere along the way, her dad and i didn’t completely screw up… She’s got this. 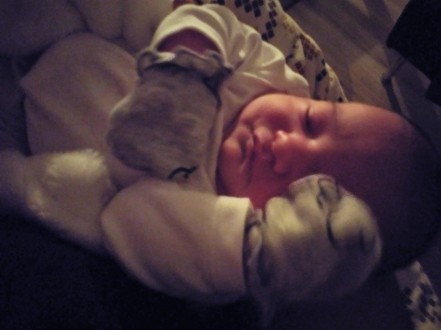 “Hello babies. Welcome to Earth. It’s hot in the summer and cold in the winter. It’s round and wet and crowded. On the outside, babies, you’ve got a hundred years here. There’s only one rule that I know of babies – ‘God damn it, you’ve got to be kind.'” – Kurt Vonnegut, Jr.

Tom Petty got that bit right. The waiting. The countdown to “Due Date” seems to go into  slow motion during the final weeks of pregnancy.

i arrived in Turkey* almost a week ago. For the first time in my life, i bought a one-way ticket out of the country. My daughter let me know she was expecting right before i left for an extended trip to Spain in mid-April – she was about five weeks pregnant. As i trekked El Camino, i added weeks to the count as we crossed Spain. By the time we got home, she’d cleared the first trimester.

She and her husband traveled to the states in July, where we orchestrated a gathering of our entire clan – including my ex-husband and his wife. The first time we’d all been together since… well… pre-divorce (2004). When The Girl got married, The Boy was in the Army and couldn’t attend the wedding. The logistics were complicated but we were all together for a few days. It felt good.

The rest of her pregnancy has gone well. Her school had hired an assistant/team instructor, so the transition to her maternity leave was seamless. She gets great medical care here – even with some cardiac issues, visits to the emergency room, and specialists in September, it didn’t cost her more than about $15 out of pocket**.

Yesterday was her due date, but Bebek has shown absolutely no interest in arriving on schedule. According to her obstetrician, “She’s very comfortable in there.” Bebek is already about 8 pounds. At the weekly check up yesterday, the doctor went through status, risks, options. The current plan is to let it ride for a week, with two check ups, and if nothing is happening, the delivery will be on Monday.

So we wait. We walk. It’s about 6 kilometers round trip from their home to the weekly bazaar. Their home is about a kilometer from a beautiful walkway along the Aegean Sea. It rained yesterday, so we wandered/waddled inside a gigantic mall.

Missing my travel buddy, who opted to stay home for this open-ended visit. We’ve discovered how much mindless fun it is to play with chat filters. We are dorks. We have enlisted the entire clan in this endeavor. They are dorks, too! 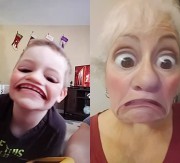 i’ve re-learned household routines, shopped, and planned meals to keep them fed. Put together a stroller that has more bells and whistles than my first car! Figured out their washer and dryer so i can assist with laundry.

Seeing her and her husband work through the preparations… Watching him help her put on her boots because she can’t bend over much… i’m excited to watch them become parents! They’re going to be amazing!

The waiting… Damn… It’s going to be a long week!

* The country, not the poultry.

** She gets 20 weeks paid maternity leave. Her husband gets two weeks. Paid. Her health care has been stellar, with very little out-of-pocket expense. She is a US Citizen, working and living in Turkey. The US has GOT to get its shit together on health care and family leave…