Kurt Vonnegut, Jr. informed his wife that he was going out to buy an envelope…

Oh, she says, well, you’re not a poor man. You know, why don’t you go online and buy a hundred envelopes and put them in the closet?  And so I pretend not to hear her.  And go out to get an envelope because I’m going to have a hell of a good time in the process of buying one envelope.  I meet a lot of people.  And, see some great looking babes.  And a fire engine goes by. And I give them the thumbs up.  And, and ask a woman what kind of dog that is.  And, and I don’t know.

The moral of the story is, is we’re here on Earth to fart around.  And, of course, the computers will do us out of that.  And, what the computer people don’t realize, or they don’t care, is we’re dancing animals. You know, we love to move around. And, we’re not supposed to dance at all anymore.

With the addition of the old motorbike to my life, i have simply added another means of farting around to my arsenal.  Spent a couple hours yesterday riding back roads with a friend, taking advantage of a day off with unseasonably warm weather.  We didn’t have any particular destination in mind, just headed out away from traffic and people.  Once we were pointed in a generally southeastern direction, it occurred to me that there was a dumpy little diner just a little further down the road…

With a hand signal, we scooted right and there it was… The food was ok, but it didn’t matter.  Breakfast for lunch at a hole in the wall for $5 is lovely.  Listening to the conversations of the other folks there.  Chatting with the waitress about her first failed attempt at the regional motorcycle riders class.

i love my motorcycle.  It has not, however, transformed my life.  It has simply provided me with yet another way to fart around.

i was already pretty good at it.  i do it on a bicycle when the weather is nice.  Riding to the local market to buy fresh bread and veggies, chat up the vendors, and do some people watching.

i do it in my jeep.  Taking the dog out to the dog park for some ball chasing and butt sniffing.  Taking the long way home from work.  Laughing maniacally when i get caught topless in the rain.

What is SCUBA diving, but farting around under water?  Blogging?  Hellooooo?  Anybody else out there spend a lot of time farting around on the internet?  My gentleman companions are certainly a good time, but when you are not angling toward “forever”, it all really amounts to farting around.

Sometimes i try to remember what it was like when i had purpose.  i was raising children, and that makes you important to someone else, and therefore, gives you purpose.  Getting them to adulthood, in reasonably good intellectual, emotional, physical and spiritual shape is pretty damn important.

Work used to give me purpose.  Now?  It’s just another performance… for pay.  And that paycheck funds an awful lot of farting around.

Growth as a human?  Nice thought.  Read something that expands my mind.  Volunteer work to give something back to the community, or those in need.  Learn something that makes me a better person**.  i do this in fits and spurts, but have no particular goal in mind, no grandiose visions of changing the world, or becoming someone of substance.

What’s the point of this little essay?  That’s just it.  There isn’t one.  i’m happy.  For now.  Just spent an hour farting around at an outfitter store… going to start gearing up for some backpacking.  A little piece of equipment here, another piece there…  Pretty soon, i’ll have yet another mechanism for farting around at my fingertips.

What is life, anyway?  Perhaps just a series of moments, loosely strung together by a thread of time.  So loose in my case, that i could possibly live most of my life out of time sequence, and not really notice. 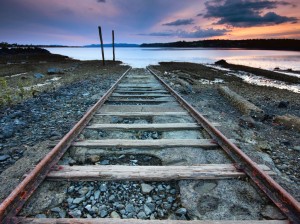 * Like so many tales from Mr. Vonnegut, he was working on this tale for quite some time.  The extended version is captured in “A Man Without A Country”, biographical essays from 2005.

** Whatever the fuck THAT means…

35 thoughts on “On Farting Around…”