At a recent techie workshop, i was blown away by the brilliance of a professorial dorkboy.  In an inadvertent tactic, the man has trumped every single “hold the audience” maneuver i’ve ever attempted.

i arrived after a break, and Professor Enthusius J. Flappenheimer* was well into his presentation on… well… something.  Can’t really recall.  Working the crowd in the large auditorium, he had walked forward to address a question from the audience.  He was gesticulating wildly, gray tufts of wild science-dude hair flopping about in agreement.

Giving a rather lengthy answer, the screensaver on his laptop had apparently kicked on, because on the giant screen in the auditorium was a slide show of lovely photographs.  Being late, and generally disinterested in his topic, i kicked back to enjoy the photos – waiting for the next speaker to take the stage.

Ahhh… he’d made a screensaver of vacation pictures!  Trees, mountains, oceans…  But wait?  Was that a topless woman, walking along a tropical beach, holding the hand of a small child?  Holy Ridiculous Fuckup, Batman!  That was his WIFE!

No one in the audience reacted, except my colleague in the next seat.  RN simply said “Boobies?  Did he just flash a picture of his wife’s boobies?”

Dr. Flappenheimer continued to talk…. and eventually his attention returned to his summary slides.  And there was a magic moment when he noticed the screensaver slideshow, dove to reset his charts, and rather quickly wrapped up his presentation.   i suppose it could have been worse… 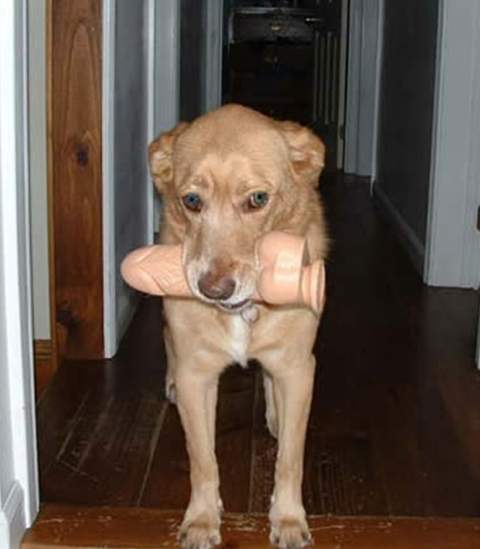 * Not his real name… probably….

18 thoughts on “How to keep your audience…”